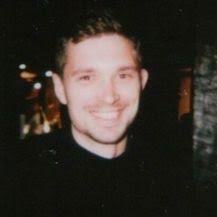 In the latest edition of our London founder interview series, we interviewed Wilhelm Klopp. Wil's a long-time Indie London and Weekend Club member, and the Founder of Simple Poll, an app for creating polls, that happens to be the #1 third party Slack app after Trello.

Hey Wil, can you tell us a little about your background and how you got into building products?

When I was tinkering with learning to code, the part I always enjoyed most was working on projects and building stuff. Especially if there was a small problem that I myself had, which I could solve with code. Creating something from virtually nothing with code still feels incredibly magical to me. Discovering the APIs that many of the apps I used day to day had was another lightbulb moment for me at that time, and I spent a lot of time hacking together different kinds of APIs to build new (tiny) products really quickly.

Where did the idea for Simple Poll come from, and how did you validate it?

During my first year at university, we were trying to organise a hackathon and one part of that was deciding which item of “swag” to get for attendees. There was a huge list of potential items to choose from (T-shirts, bottles, beanies, blankets etc) and I watched one of the organisers painfully spend a significant amount of time manually setting up a poll in Slack so that everyone could vote. I had made a mental note of wanting to build something for the Slack platform before that, and seeing how painful it was to create a poll in Slack made me want to tackle that problem!

I didn’t really do anything explicit to 'validate' Simple Poll – I hacked together a working prototype in one night, spent a few days setting up a landing page and then tweeted about it. Somehow, someone from the Product Hunt team saw this tweet and put it on their site!

‍Can you tell us about your business model?

Yeah, Simple Poll operates on a pretty classic freemium model. There is an extensive free plan called 'Hobby' that works well for a lot of users. For those wishing to go beyond, to get access to additional features and fewer restrictions there’s the 'Small Business' plan which costs $49 per month. Finally we have an “Enterprise” plan which comes with custom pricing and works best for larger companies who make extensive use of Simple Poll throughout their company.

What’s the vision for Simple Poll?

Right now, Simple Poll serves a long tail of use cases in Slack. Folks use polls to get feedback on the usefulness of a meeting, to decide when to have the meeting in the first place, but also how everyone would rate a certain TV show, or tactics on how to make remote working more fun. Two big overarching themes in usage are (1) empowering social interactions in (newly) remote teams and (2) enabling organisational agility and alignment. Those are two big themes where we’re confident we can make Simple Poll significantly more useful to our customers, so we’ll be making some explorations there.

Already, there are a few explorations underway:

Perhaps surprisingly, there are also always more opportunities to make Simple Poll simpler to use and implement in an organisation and we’re excited to continue to invest in that!

Looking towards the long term, I keep thinking about the extremely long list of app ideas that keep piling up in my note taking app, all of which I kind of want to build (right now). I keep getting annoyed that it takes so long to build software and that I can only work on so few ideas at a time.

I think we’re at the very beginning of software engineering productivity, with the vast majority of improvements still to come. And with the potential impact so gigantic, it’s more an obligation than an opportunity to really spend some time chipping away at that problem. Then hopefully, at some point, I’ll be able to build and ship all those small little project ideas from my note taking app.

“I think we’re at the very beginning of software engineering productivity, with the vast majority of improvements still to come.”

What went into building the first version?

The first version of Simple Poll was extremely basic. All it could do was get installed on a Slack workspace and then post a message with emoji reactions in Slack as a result of the /poll command. Parts of it were extremely confusing to a lot of users, but it absolutely worked as an MVP!

Using Django for Simple Poll was a choice I’d definitely make again. Old, 'boring' tech where every problem you encounter has an answered Stack Overflow question empowers you to be incredibly productive and ship more quickly.

What growth tactics did and didn’t work for you?

Honestly, I don’t think I used that many growth tactics, or definitely not that many conscious ones. I think simplicity is a great selling point and having a descriptive name for what the product does also definitely helped get those first set of users.

One thing that I think is important to mention again and again is that Simple Poll grew slowly over 4+ years to become what it is today. Time is an extremely important factor that is under considered when thinking about product growth. Just having a discoverable (shipped!) product that is simple to use, delivers on its promises, and gets the job done was sufficient for Simple Poll to grow consistently over time. I didn’t need to come up with extremely creative marketing campaigns or ship shiny new things every week.

I did give a short talk in June 2017 on some specific Slack app tricks and tips: https://speakerdeck.com/wilhelmklopp/growing-your-slack-app

What was your lowest point in building Simple Poll so far, and how did you get out of it?

Life as an indie hacker is definitely filled with constant ups and downs 😅. One thing that comes to mind here was a time about 6 months into introducing the paid plan, so around April 2019. At that time, I spent the week working full time on my day job and then usually the weekends would be filled with catching up on any support, finance, or legal work that came up during the week. It meant that I ended up having very little time to actually build new things for Simple Poll or hack on any other ideas, which wasn’t exactly very fun!

I ended up hiring someone, Charles, to help me deal with all things non-technical for Simple Poll and that worked pretty dang well! I remember trying to figure out whether hiring someone was really that necessary, but now I can’t imagine what I would have done without Charles, he’s done incredibly good work over the past year handling support, sales, business development, and also a mammoth compliance project!

How did you transition from working to full time indie hacking?

This question is an interesting one, because when I first shipped Simple Poll, transitioning to indie hacking was definitely not something that was on my radar. I didn’t even know that was a thing you could do!

Side note: Huge shout out to everyone who has helped make indie hacking more popular.

Me being able to transition full time to indie hacking was a direct result of Simple Poll's popularity and growth over time both from a usage and then from a revenue perspective.

In January 2016, I shipped the first version of Simple Poll. From that day, largely thanks to the Slack app directory, Simple Poll started growing in usage slowly (but steadily) over time. Even when I spent a month not working on the app, the fact that it was out there and provided value to users meant that it could continue to grow!

I definitely did work on it substantially in the meantime, but the next significant milestone from an entrepreneurial perspective after the launch was November 2018. At this point, Simple Poll had become one of the most popular apps for Slack and I decided to add a paid tier. From the day I launched the paid tier, monthly recurring revenue (MRR) also started growing slowly and steadily.

Then in September 2019 (at this point Simple Poll’s ARR had eclipsed my job’s salary) I decided to leave my job as a software engineer at GitHub to focus on Simple Poll (and other explorations!) full time and get back to building stuff I want to build.

How do you stay focused and avoid distractions?

This is a great question and something I’m definitely still trying to figure out! Over the first few years of building Simple Poll, something that definitely helped was that I had a lot of other things going on, whether that was university, or my full time job. When the majority of your time is dedicated to something else, then you can only really physically focus on the most important things in your side project!

How would you have done things differently if you started again?

Be better at building up an email list of users and engaging them on a regular basis.

What are the most common mistakes you see Indie Hackers make early on?

What else have you built before Simple Poll, and what were the biggest lessons from those experiences?

Most software that I’ve ever built, I actually built post January 2016, so after Simple Poll launched. The one pivotal project worth mentioning though, was a URL shortener I built with Django in December 2014 – it was the first time I used Django and still remember being so wowed by how powerful it is. Suddenly it clicked and felt like I could build anything that I put my mind to. I finally roughly understood how websites like YouTube worked. That was awesome!

Favourite apps on your home screen?

Where can people stay updated on you and your projects?